Gold drives our traditional economy, must not be curbed 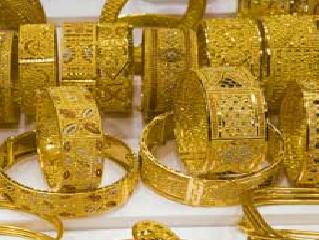 India is one of the largest buyers of gold in the world. More than 90 per cent of this is for jeweler purposes. Table 1 gives the purchase of gold for jewellery by different countries. Indian demand is around 25 per cent of global consumption. Recently, the attraction of smuggling has come down due to liberalised import policy. Incidentally, domestic production of gold is very negligible, running into a few tonnes. The purchases made in Saudi Arabia and Gulf states is also mostly by people of Indian origin and to that extent the demand by ‘Indians’ is much larger. What is bought in Gulf states this year by the NRIs (non-resident Indians) will reach here may be in a year or so. 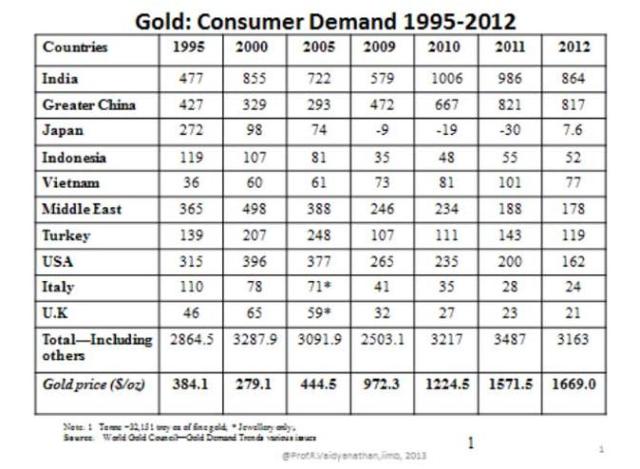 At an average price of, say, Rs 30000 for 10 grams, we can estimate that more than Rs 258000 crore has been spent in buying gold last year by Indian households, which is much larger than the aggregate capital raised from the stock market. The purchase of gold by households is not treated as savings in our statistics. It is treated, as consumption by a household which is curious as households treat purchase of gold as ‘investments’ whatever the economists in the Government may think. The ‘experts’ are more or less unanimous that households, particularly women, are doing ‘unproductive’ investments in gold jewellery. They would rather households invested in Government bonds which can be used to pay salaries for Government employees (the most ‘productive’ activity).

But why do households invest in gold? It is not for the return but for security. Gold is the major social security for large number of Indian households which do not have any social security at all. The OASIS (Dave Committee) report indicates that nearly 90 per cent of the India’s workforce, particularly the self-employed, is not covered by any retirement scheme that enables savings for economic security during old age. Transfer of ownership is also very easy. In the case of gold ornaments one can say that possession is ownership. In other words, if a mother removes her chain and gives it to her daughter then it belongs to the latter by tradition. One can get loan against gold by pledging it with a moneylender any time of the day or night, seven days of the week.

In other words, gold represents the most liquid form of asset in India. One can also say that gold is the most politically correct metal which can be owned. In traditional Indian families, sometimes, shares or fixed deposits are disposed without the knowledge of the housewife. But gold is always sold with the concurrence of the housewife. The so-called superstition pertaining to not removing the Mangal Sutra till the death of the husband is an insurance protection to the woman against rapacious relatives and children. It is assumed that the gold ornaments will work as social security for her in case of major emergency or after the death of the head of the household.

More importantly, gold is used as collateral in small businesses like retail trade and transport restaurant’s etc. the role of gold is not that of an idle asset as assumed by our central banker and Government economists. We find that the credit availability to small entrepreneurs in construction/trade/restaurant’s etc. has declined over period of time and more money goes to only big businesses See Table-2. Actually small businesses are engines of our growth

One of the major reasons for the increased demand for gold more in the form of Coins and bars is the scarcity of credit from banking sector for small and tiny businesses. Actually coins and bars constituted more than 300 tonnes out of 864 tonnes consumed in 2012.As of today Gold alone is acceptable collateral for these enterprises for getting credit from money lenders. 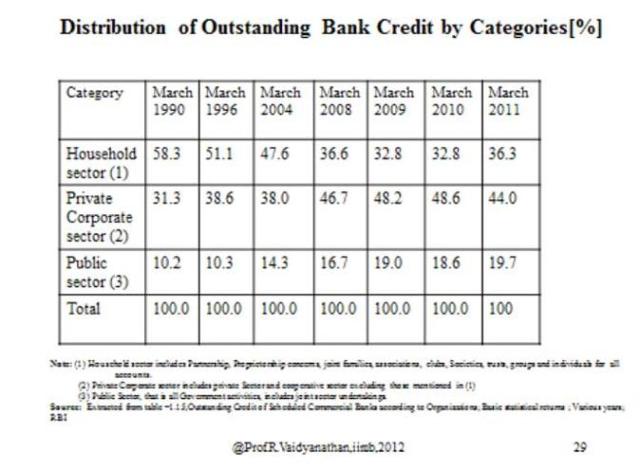 Unfortunately the role of gold as a social security and collateral for business is not understood by our Government economists and central bankers. On the one side, credit availability from organised banking sector to small and tiny businesses is declining and on the other hand every effort is made by RBI to make gold costlier and scarce for these tiny entrepreneurs. The increase in demand for gold and the resultant crisis in the current account deficit are linked to denial of credit to the growth engines in service and manufacturing sector. These are mostly proprietorship and partnership firm’s whose only collateral to money lenders is in the form of Gold ornaments or coins and bar.

Further curbs on availability of gold will only encourage D company to become active in the smuggling of gold and do we want it again?