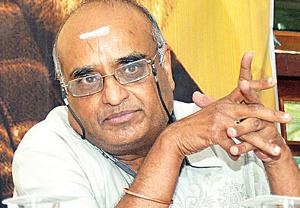 It comes as no surprise to Professor R Vaidyanathan that some 200 of the 1,195 HSBC Swiss bank accounts from 2006-07 with Indian names, revealed recently, had zero balance. In 2008, the IIM-Bangalore professor helped prepare a report on black money stashed abroad, leading the Supreme Court to set up a special investigation team.

Now a member of the NITI Aayog, Vaidyanathan says India should follow the lead of the United States and European nations and take stern measures to recover billions of dollars from foreign tax havens. Excerpts from an interview:
You have been working on the black money issue for many years. Are you surprised that so many accounts – as many as 200 – had zero balance?
It is not surprising at all. This bank data is for 2006-07. Many Indian Swiss bank accounts were emptied out after Germany.
What is the use of this data, which is essentially stolen?
It is stolen data alright but there is no way we can get it [from] Swiss authorities through rightful means.
Will India able to carry such a tough decision through?
If that is not possible, we must bring an ordinance and declare all illegal foreign accounts as national wealth.
No big politician’s name has figured so far.
That is true.