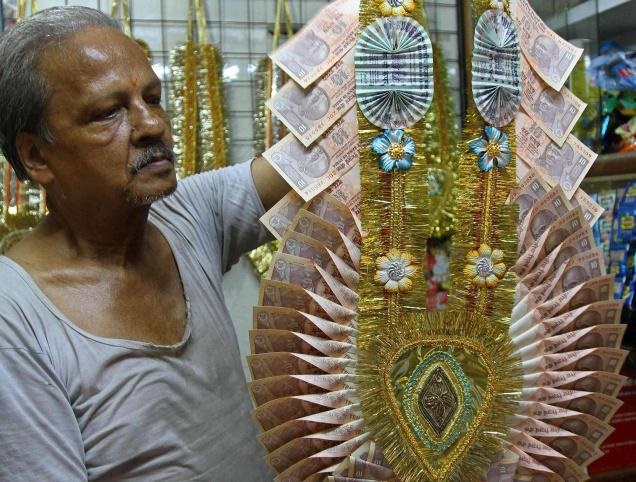 Ingenious, innovative, this idea whose time has come holds the answers to India’s economic puzzles

The media discourse on MUDRA (Micro Units Development and Refinance Agency) proposed in Budget 2015-16 has not yet fully revealed the theoretical depth and practical wisdom behind the idea. It is a potential game-changer for the economy.

Finance Minister Arun Jaitley unveiled MUDRA in his speech as integral to “generate inclusive growth”. He said that “while large corporates have a role to play” inclusive growth has to come from informal sector enterprises that “generate maximum employment”.

He said that the 57.7 million micro manufacturing, trading, and service businesses operated by hard-working entrepreneurs generate the maximum jobs for Indians. Mostly (62 per cent) belonging to Scheduled Castes, Scheduled Tribes and Other Backward Classes, these units find it “difficult if not impossible” to access formal credit. Hence the proposal for MUDRA Bank to “fund the unfunded” micro businesses.

The MUDRA idea was seeded in the last Budget which had set up a committee to search for a financial architecture for the non-formal sector.

The innovative bank has four unique features. One, it is structured as an apex refinancer to enable over 50 million unfunded entrepreneurs to access formal credit from and through layers of credit institutions registered under it. The micro entrepreneurs not only earn their livelihood but also provide jobs to others. They need credit at reasonable interest, not doles or subsidies with which, sadly, the idea of inclusive growth has come to be associated.

Two, MUDRA will fund the micro units which are more efficient than modern corporates. According to the Economic Census 2014, the gross fixed assets of the 5.77 crore small businesses is about ₹11.5 lakh crore.

But their value addition is ₹6.26 lakh crore — almost 55 per cent of their gross fixed assets. But the comparative figure for Indian corporates, according to Reserve Bank of India data, is 34 per cent.

While corporates pay interest at 9 to 14 per cent, micro units pay at least ten times more. Despite that, micro units add 60 per cent more value on their assets than corporates do. And more.

Modern corporates in the public and private sector have absorbed over ₹50 lakh crore through FDI and FII investments and bank credit since 1991, but added just 2.8 million jobs. Yes, just about a lakh of jobs per year for 21 years. Is the corporate sector driving the national economy or the non-corporate sector?

Three, the MUDRA Bank concept rests on theoretical depth and practical wisdom. It challenges the experts who thought that micro businesses and marginal farming would face eventual euthanasia. Why then worry about them, they felt. An economist who had headed the Planning Commission for a decade had even said that the jobs generated by the micro units were not clean.

Yet both micro businesses and marginal farming have grown bigger and faster since the 1990s, challenging modern theories and experts alike. Long back, in the 1930s, a Russian economist called Alexander Chayanov had theorised the efficiency of family farming and family economics over both communism and capitalism because, according to him, a working family was neither capitalist nor proletariat.

For proving this truth against Karl Marx who was convinced that a marginal farmer would either become a capitalist or be reduced to a proletariat over time, he was incarcerated by Lenin and, later, killed by Stalin.

Over 70 per cent of the micro businesses are unregistered. This also justified our experts shutting their eyes to them. But the MUDRA concept looks at micro businesses differently. It sees micro businesses as an open air university for mass entrepreneurship development and growth. It believes that the best way to register them into the national economic records is to provide organised financing to them.

Led by the western economic thinking based on size, for decades Indian policymakers did not think much of the tiny sector. Even now they don’t. But recently the West seems to have begun changing its view on micro businesses in India. In July 2013, the Credit Suisse Asia Pacific Equity Division put out a study of the non-formal sector in India titled ‘India’s better half: the informal economy’. It noted that nine out of ten jobs in India and half of its GDP originated in the non-formal sector including the 57.7 million micro businesses.

The study estimated the corporate contribution to India’s GDP at just 15 per cent and that of the listed ones at 5 per cent.

Importantly, Credit Suisse has also said that unlike in the West where informal business is invariably illegal, in India it is not so as the government has not even reached this sector.

The study sees high growth of non-banking financial entities which provide funds to this sector. But, for almost two decades, the Reserve Bank of India has been driving NBFCs to extinction to snuff out the only source of quasi-organised finance to the non-formal sector.

But the sheer size of the non-formal business brought out in the study seems to have persuaded The Economist magazine to see the reality of the Indian economy.

The Economist wrote that that the best way to organise the non-formal sector in India was to provide formal finance to it, adding that, at the current rate, it would take another 50 years for India’s economy to become fully formal.

Lastly, the MUDRA architecture is indigenously designed to fund the uniquely Indian non-formal sector. The press brief of the finance ministry’s department of financial services on MUDRA issued on the day of the Budget explains its structure.

It will be a bank established under a new law. It will register, regulate and refinance all small business finance institutions including those already in the business. It will partner with State level and regional level coordinators to enable them to provide finance to last mile financiers (LMFs) of micro businesses.

The MUDRA bank will be at the top with national, State and regional level coordinators in the middle and the LMFs at the end.

The inclusion of the local LMFs is an innovative and game-changing idea. The MUDRA realises that local knowledge is the primary requisite for successful and recoverable lending to micro units.

Only LMFs can have local knowledge and knowledge of the borrowers’ character and worth. No formal institution run only on systems can develop or acquire local knowledge. The MUDRA concept, therefore, seeks to formalise the non-formal LMFs to deliver credit to micro businesses. This is the innovation. MUDRA will lay down normative guidelines for small units financing institutions at all levels including the LMFs.

Integrating the existing and new LMFs to deliver credit to micro businesses is entirely an indigenous idea. And ingenious too. LMFs borrow money at high cost to finance micro businesses which makes their interest very high. If LMFs are evaluated, appraised, registered and given refinance at lower rates, the ultimate interest rate for micro businesses would be far lower.

This is how the MUDRA structure seeks to integrate the hundreds of thousands of informal financiers into the formal modern financing system.

This, of course, calls for huge scaling up of execution which governments are not normally known to be capable of. But unlike its predecessors, the Modi government has shown an unbelievable capacity to scale up operations like in the Jan Dhan Yojana where it hooked 12.5 crore people to banks in less than six months.

If that huge a scale is possible, the integration of hundreds of thousands of existing and new LMFs into the regulatory and refinance architecture of MUDRA Bank should be no issue. When that happens, MUDRA will be a game-changer for the economy.

In sum, MUDRA Bank is an indigenously designed modern financial engine to align the non-formal financiers and informal micro businesses and formalise both.

The writer is a commentator on political and economic affairs, and a corporate advisor