Why Mudra Bank is a major landmark in our growth process

For the first time in our economic history a government has thought about more than 50 per cent of our economic activity instead of the five per cent represented by the Sensex companies, observes IIM-B professor R Vaidyanathan. 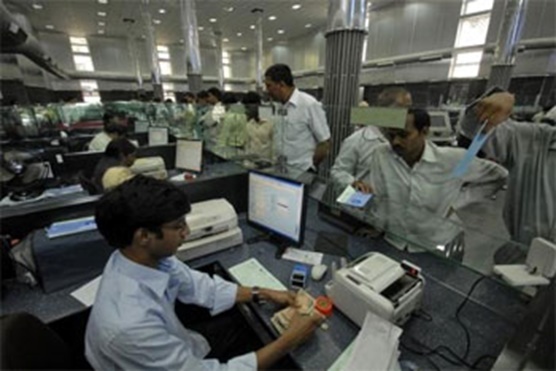 The announcement of creating the Mudra Bank has been welcomed by small and non-corporate businesses since it is a serious attempt by the government to facilitate “funding the unfunded”.

First, some facts about our economy. Nearly 50 per cent of our GDP comes from unincorporated (Uninc) enterprises comprising proprietorship and partnership firms. The corporate sector constitutes only 12 to 14 per cent of the GDP. Agriculture and government each constitute around 18 per cent.

Uninc constitutes nearly 50 per cent of the value addition in the manufacturing sector. Their role in service sector is significant. The service sector, consisting of construction/ trade/transport/hotels and restaurants/real estate and dwellings/ other professional services like plumber; electrician; carpenter; chartered accountants; lawyers has nearly two-third of the GDP and, in that, Uninc constitutes more than 70 per cent in various sectors.

Not only that, the service sector is one of the fastest growing in our economy — averaging more than eight per cent in the last decade. Actually they are the engines of growth given India’s sluggish agriculture and manufacturing.

It might interest many that trade, which is part of the service sector, is nearly 17 per cent of the GDP as much as manufacturing. But unfortunately, the credit available to the Uninc from the banking sector is actually shrinking in spite of the fact that they have a very large share of the economy and are also the fastest growing.

According to RBI data (on credit disbursal by commercial banks), Uninc had nearly 60 per cent of credit disbursed in the early ‘nineties which has fallen to 33 per cent in 2010. In other words, the banks are not catering to the need of the largest segment which is also the fastest growing in our economy. This implies that Uninc has to depend on non-bank financial businesses, including chits/kuri/local community/money lenders etc. The rate of interest varies from two to six per cent per month depending upon the requirement and speed of getting credit.

In this context comes the Mudra  Bank.

The form and size of the organisation decides the source. If it is a proprietorship or partnership it uses non-banking channels compared to a large public limited listed company which uses PSBs and/or FBs. The size also mostly decides the rate of interest. The flower vendor gets funds at much higher rates compared to the listed companies.

Not only that. There are problems associated with access to funds.

It is not only lazy banking but also banking with significant structural distortions. As noted, the share of the private corporate sector in national income is around 12 to 15 per cent, but it takes away nearly 40 per cent of the credit provided by the banking sector. The fastest growing non-corporate sector gets a lesser share of bank credit, which reveals that the non-banking financial sector is playing an increasingly important role in the credit delivery mechanisms of the growth of the economy.

Estimating an yield curve for our economy is a very difficult task. On the one side we have rates in the range of 12 to 14 per cent for corporates. more so for listed companies (nearly 8,000) of which 200/300 are actively traded in the exchanges. The remaining Uninc, which borrows at two to six per cent per month, is totally different. The transmission mechanism of our monetary policy is weak due to this segmented market.

This brings out the need to have a comprehensive approach towards the the non–bank sector in the credit market instead of looking at issues in a piecemeal fashion. The non-bank sector consists of assorted group of entities regulated by different agents with the stress more on regulation rather than on development of an integrated financial market.

We also have the Unincorporated Bodies [UIBs] which are money lenders and are regulated by respective state governments, including the rates and other covenants. The chits are also under the registrar of chits of the state governments and nidhis are under the department of company affairs.

Other than these NBFCs on which data is provided by the RBI, there is a huge informal sector of money lenders etc, which provide substantial portion of credit requirements of the Indian economy. We find that 43 per cent of the debt of rural households is from moneylenders and 25 per cent in the case of urban households. (Computed from — Household Indebtedness in India; Statement6; page 25; –NSS Ministry of Statistics and Programme Implementation–GOI—New Delhi; December 2005.)

Hence we need to recognise the importance of the entire spectrum of the non-bank sector rather than in a segmented fashion. Yet, according to government estimates, only four per cent of the 57.7 million small business units in India have access to institutional finance, leaving many to rely on informal lenders. Industry experts estimate that the demand for loans from the sector outstrips supply by more than Rs 30 lakh crore.

In the recent past, the interest rates have been moving south and many a large corporate is in a position to access funds from banks at less than 12 per cent. But my flower girl and my vegetable vendor get it at half per cent per day. (Returning half a rupee for a hundred rupees borrowed in the morning). This will work out to be more than 180 per cent per annum. My retail provision stores man gets it in an interesting way. He gets Rs 45,000 (for a loan amount of Rs 50,000) up front and pays Rs 500 per day for 100 days to repay Rs 50,000.

The segmented financial markets present an ironical (if not tragic) picture of huge funds available with bankers on one hand and prohibitive interest rates at which funds are accessed by trade and commerce, particularly the non-corporate sector, on the other. As already seen, the non-corporate sector has a dominant role in activities like trade (wholesale and retail) construction, hotels and restaurant, private transport and other services, hence we are not talking here of some “residual” segments. We need to look at Mudra Bank in that context.

The government has proposed to set up a Micro Units Development and Refinance Agency (MUDRA) Bank through a statutory enactment. This bank would be responsible for regulating and refinancing all micro-finance institutions which are in the business of lending to micro/small business entities engaged in manufacturing, trading and services activities. The bank would partner with state/regional level co-ordinators to provide finance to last mile financier of small/micro business enterprises.

The MUDRA Bank would primarily be responsible for:

The above measures would not only help in increasing access of finance to the unbanked but also bring down the cost of finance from the last mile financiers to the micro/small enterprises, most of which are in the informal sector. (http://finmin.nic.in/press_room/2015/press_briefs_budgetannounce20152016.pdf).

The important tasks like ‘item 2’, namely, accreditation and rating as well as ‘item 9’, namely last mile credit to micro businesses will change the contour of financial markets over a period of time.

As indicated, it will integrate our financial markets and transform the way monetary policy is transmitted across the economic spectrum. If the UIB or moneylender is integrated into the system then it will be a major landmark in our growth process.

Also, note that with a leverage of five to six, the Rs 20,000 crore (Rs 200 billion) can do business up to Rs 100,000-Rs 120,000 crore. Perhaps it is the first time in our economic history a government has thought about the more than 50 per cent of our economic activity instead of the five per cent represented by the Sensex companies.

← ‘Mudra Bank will change the way India is functioning’
MUDRA would integrate last-mile lenders into financial system, says the man behind the idea →