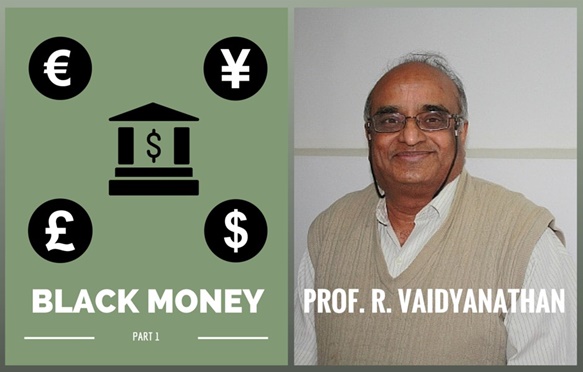 The financial crisis of 2008 had an interesting collateral benefit for many emerging economies. Developed countries like Germany/ France/ USA etc. have begun to look at closely the illicit tax avoided funds kept by their citizens in various tax havens. This is because there was a clamor among their citizens about black money kept abroad by the rich when the economy was having major unemployment and recession etc.

As early as February 2008- German authorities have collected information about illegal money kept by citizens of various countries in the Lichtenstein bank and the German Finance Minister offered to provide the names to any Government interested in the list. The UPA1 (United Progressive Alliance) Government unfortunately did not act for many months and after much prodding by opposition, asked for the list in late 2008.

Germany’s intelligence agency seems to have paid an unnamed informer more than $6 million for confidential and secret data about clients of LGT group a bank owned by the Liechtenstein Prince’s family. The revelations have already led to the resignation of the head of Deutsche Post which is currently the world’s largest logistics company in the world. The Lichtenstein leaders were furious and have focused all their ire at the theft of the data rather than on the facts of the case. The German Government has announced that it would share information on accounts held in the tax haven with any Government that wanted it.

They had a list of 1400 clients of whom only 600 were Germans. The spokesman for the German Finance ministry Thorstein Albig had indicated [March 2008] that they would respond to requests without charging any fees for the information. Finland, Sweden, and Norway have got the data. This is perhaps the first time a sovereign Government stole data from a bank of a tax haven to expose tax evaders. There are in all more than 70 tax havens and we will elaborate on these later.

Similarly France purchased stolen data from HSBC (Hong Kong Shanghai Bank Corporation) Geneva branch. Additionally, US was waging a running battle with UBS (Union Bank of Switzerland) about the illicit funds kept by its citizens in the Swiss bank.

These illustrations show how the economic crisis of 2008 was a catalyst for going after tax havens by developed economies.

What is the Size of the problem globally?

The estimates pertain to total amount hoarded in these Tax havens on a global basis and that of Individual countries including India. Then there are estimates of India’s illicit money in Switzerland since that country has been a long time favorite of Indians.

Raghuram Rajan the governor of Reserve Bank of India observes that in reply to a question on how to stop people from parking money outside, “No one knows how much black money is stashed outside the country, as there are many speculations doing the rounds.”

As another measure to curtail generation of black money, Rajan said,

“We need to cut the black money at source and make it difficult for them to hide their ill-gotten wealth“.  [25-11-2014 Times of India]

. He should know better but there are different types of estimates which are inferred and available about the nature of the problem. Of course by definition it is black money and so it will be difficult to have an exact estimate regarding the same.

Measuring the size of the offshore economy is an exercise in night vision. It is hard to define it; it is fragmented and messy, and it is swathed in secrecy. Official international efforts to measure the various aspects of the phenomenon have been inadequate. We are concerned above with financial flows that are harmful and abusive, whether or not illegality is involved. So we are concerned with tax avoidance, for example, as well as with phenomena such as tax competition.

Mostly individual countries’ data is analyzed for “trade mis-pricing” as a major source of generation of illicit funds. This mechanism and implications we will discuss later.

Listed below are some of the Global estimates followed by other regional estimates.

– excluding Switzerland, China, Taiwan and Oil exporting economies — at $18 trillion; and that is still an underestimate, says IMF.

This estimate of the responsible financial bodies of the world has shocked the world. The extent of black and unsupervised financial economy in the world is now believed to be almost a third of the global GDP. [Cross–Border Investment in small international Financial Centers by Philip R. Lane and Gian Maria Milesi-Ferretti –IMF working Paper -2010]

The study reports that there may be as much as $18 trillion of foreign dollars parked in small international financial centers, which does not include Switzerland. This does not exhaust the world economies, particularly those economies, which generate lots of export and cash surplus. Leading, cash-rich economies such as China, Taiwan and many of the oil-exporting countries do not participate in the IMF’s survey. This is only for what are called Small International Financial Centers numbering 32.

Gian Maria Milesi-Ferretti, an economist for the IMF in Washington, said statistical information on Luxembourg, one of the largest offshore financial centers in Europe, illustrated the extent of the problem. The economist said:

“Luxembourg is one of the few offshore centers that disclose detailed statistics on assets and liabilities held in the financial sector, which makes it invaluable to understand cross-border money flows.”

The latest available IMF figures show portfolio assets held by foreigners in Luxembourg to be worth $1.5 trillion at the end of 2008. But looking at statistics provided by the Luxembourg Government on portfolio investment liabilities for the country – the mirror image of the asset information held by the IMF – there is a big discrepancy. The investment liabilities in Luxembourg were $2.5 trillion – $1 trillion (€726bn) more than the assets reported.

“This is a huge difference, almost 40%, and is unlikely to be entirely accounted for by the fact that some countries do not report their portfolio investments or their destination to the fund.”

“I admit I can’t resist the temptation to say that some of us have been saying this for a long time. The Tax Justice Network wrote on this in 2005, suggesting there were £11.5 trillion of assets offshore. Time and again this has been attacked by organizations that should have known better and by academics with a right wing axe to grind. But now, like so much else I and others have argued, it is being validated. And the issue itself, once dismissed as inconsequential is now being considered seriously.

The IMF’s $18 trillion number dramatically exceeds previous studies, and even it acknowledges that it probably underestimates the amount of money floating around in tax havens.”

Christian Aid’s False Profits: robbing the poor to keep the rich tax-free estimates that between 2005 and 2007, the total amount of capital flow from bilateral trade mis-pricing into the EU and the US alone from non-EU countries is estimated conservatively at more than US$1.1 trillion (£581.4 billion, €850.1 billion)- Update: March 2009.

Oxfam estimates that developing countries miss out on up to $124 billion every year in lost income from offshore assets held in tax havens.–Update: March 2009

This sum is equivalent to the size of the United States and Japanese economies combined.

This is only financial wealth and excludes a welter of real estates, yachts and other non-financial assets owned via offshore structures.

UNCTAD estimates that more than 60 percent of global trade occurs within multinational groups. That creates the potential for failing to declare profits and to shift profits from high-tax to low-tax jurisdictions. This is often done through illegal tax evasion.

But sometimes it is also done through legal forms of tax avoidance and manipulation – including trade and transfer mispricing; dubious payments between parent companies and their subsidiaries; and profit-shifting mechanisms designed to hide revenues.

A recent UNCTAD study indicates that about $100 billion in annual tax revenue is lost to developing countries in transactions directly linked to offshore hubs. The total “development finance” loss – counting both revenue and reinvested earnings – is estimated in the range of $250 to $300 billion. This prevents developing countries from stopping the outflow of money – which thus bleeds them of essential resources.

This brings us to the larger issue of tax cheating by corporate giants and also annual loss to many jurisdictions. This issue we will be looking at in the next few articles along with the issue of individual  countries like India
_________________________

Author is Professor at IIMB- Views are personal