5 Upcoming Indian Authors To Watch Out For

There are two kinds of people, those who study and the other who read. The former is literate, the other is wise. Books are the carriers of civilization, a device to ignite imagination; without books, history would make no sense, literature would be silent, science would be crippled and thought and invention would be at a standstill. They are engines of change and lighthouses in the seas of time. Books are teachers, companions, magicians and bankers of treasures of the mind. Simply put, Books are humanity in print.

Ask any book lover and they will tell you that books are their escape to sanity. A book is the only thing that can transport you to an altogether different country, city or place without you having to move an inch.

Indian authors are renowned for their sublime and profound writing. They have created a niche reader base, that has only grown and expanded with time. Literary geniuses like Amitav Ghosh, Arundhati Roy, Salman Rushdie, Vikram Seth have managed to cast a spell with their pens on an entire generation of readers.  However, there is a rather new or upcoming crop of Indian writers that have managed to create a cult audience for themselves. They’ve managed to capture the minds of the new emerging Indian.

So clear out some space on your bookshelf, as we list some of these recent and contemporary writers that we think are a must read- 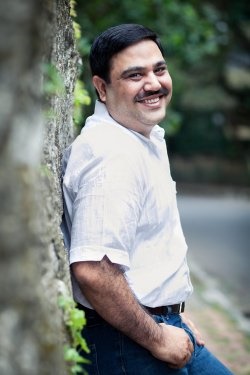 Ravi Subramanian is an author who made banking seem like fun! A banker by profession, he has written popular thrillers about banking and bankers, including award winning trilogy The Incredible Banker, The Bankster and Bankerupt.

An alumnus of IIM Bangalore, Subramanian would like to be remembered as the ‘Grisham of banking!’

He writes popular columns for renowned magazines and newspapers. His writing is crisp, concise and easy to understand. He has already garnered a lot of praise for his unconventional and non-boring take on a boring topic like banking. 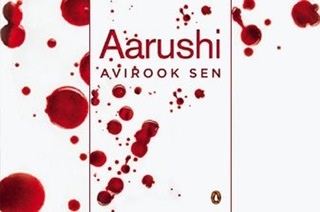 Journalist turned writer Avirook Sen has been in the news lately for his book titled ‘Aarushi’ that was released earlier this year. The book is based upon a true story. It delves deeper into the murky murder mystery of 14-year-old Aarushi Talwar and her domestic help Hemraj. It is a controversial plot, as the judiciary is still trying to wrap their heads around what really transpired that night at the Talwar residence. While Sen has consciously avoided playing devil or detective, the book seeks to answer a few poignant questions that are instrumental to the case.

His first book, Looking For America based on the United States 9/11  terrorist attacks and the way things changed there for people after that received mixed reactions from audiences, nonetheless it is still worth a read!

Amruta is a writer and painter with an MFA from School of the Museum of Fine Arts, Boston. She is the author of graphic novels Kari (Harper Collins) and Adi Parva (Harper Collins). India’s first graphic novelist, she’s a force to reckon with. Kari was shortlisted for the Shakti Bhatt First Book Award (2008). She identifies herself as a writer who paints. She uses charcoal, water colors and acrylics. She is known for her recurring themes that include memento mori, sexuality, myth, sustainable living, and the unbroken thread of stories passed from storyteller to storyteller through the generations.

He is a professor at the Indian institute of Management. Vaidyanathan applied his knowledge and expertise to untangle the otherwise mundane and tricky subject of the Indian economy.  Through his book, India UnInc., he sought to present to the readers with a real and accurate picture of the economy; one that is quite far flung from the hogwash picture that has been created around it. Many of the country’s leading newspapers, TV channels, business magazines and internet sources have voiced their views concerning India UnInc. 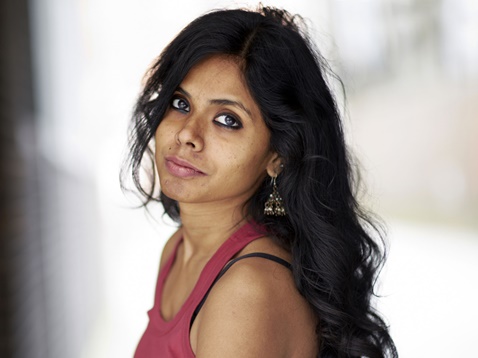 She is an Indian poet, writer and activists based in Chennai. Most of her work is based on the lines of feminism and caste annihilation. Touch, Ms. Militancy, My Lover Speaks Of Rape and Mascara are some of her noted works. Her pieces have been published in various journals that include The Little Magazine, Kavya Bharati, Indian Literature, Poetry International Web, Muse India, Quarterly Literary Review, Outlook, Tehelka and The New Indian Express.

These writers are certainly worth reading. Their take on things is a welcome change, as it infuses a fresh perspective to things. The audience relates with them and their subjects. This is the perfect time to add some, if not all, to your reading list, since these books are certainly a window to the life and times of contemporary India.

They say a book is not a book, unless it’s an experience and that’s exactly what these writers strive to do in their books!